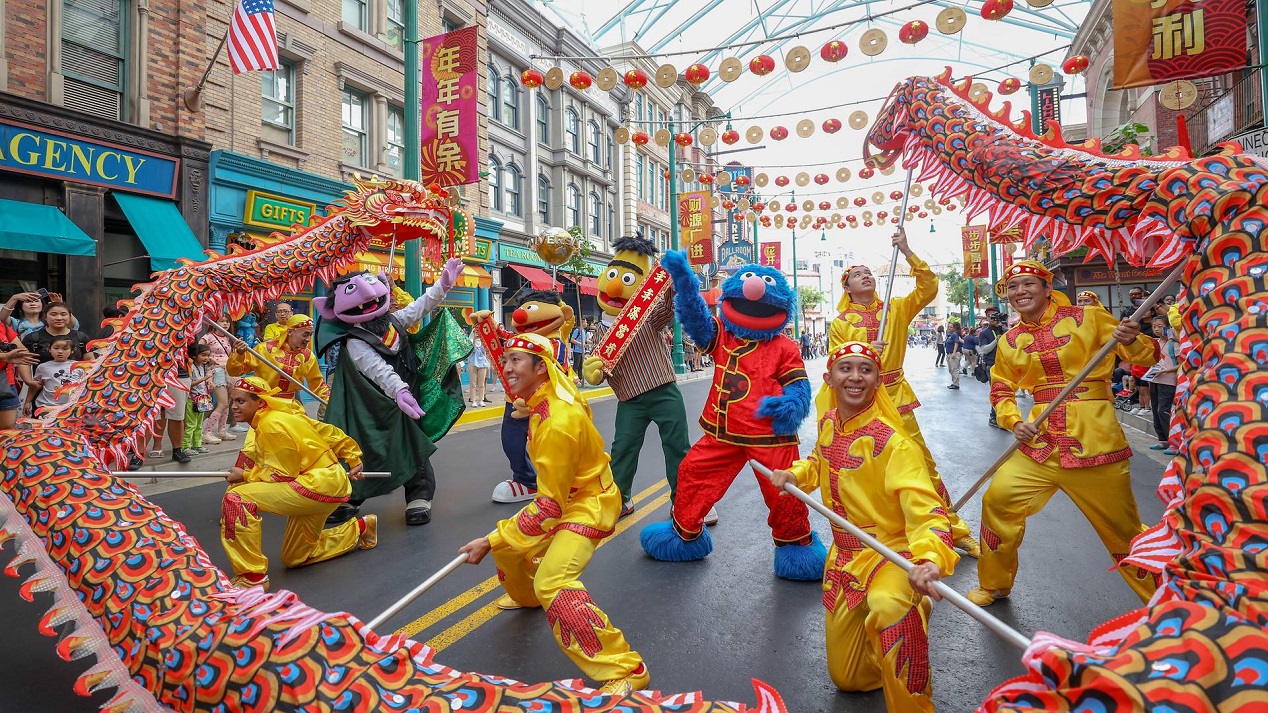 Chinese people around the world gear up each year to celebrate Chunjie (the Spring Festival), commonly known as the Chinese New Year. Fantastic fireworks, parades, and traditional Chinese cultural performances take place around the world in honor of this holiday, but one country celebrates like nowhere else: Singapore.

Singapore is a melting pot of cultures, with Chinese, Malay and Indian ethnic groups comprising its sociocultural fabric. The influx of foreigners in recent times has lent a cosmopolitan image and Singapore’s lifestyle is multicultural. Each of the ethnic communities maintain their unique way of life and at the same time live harmoniously. 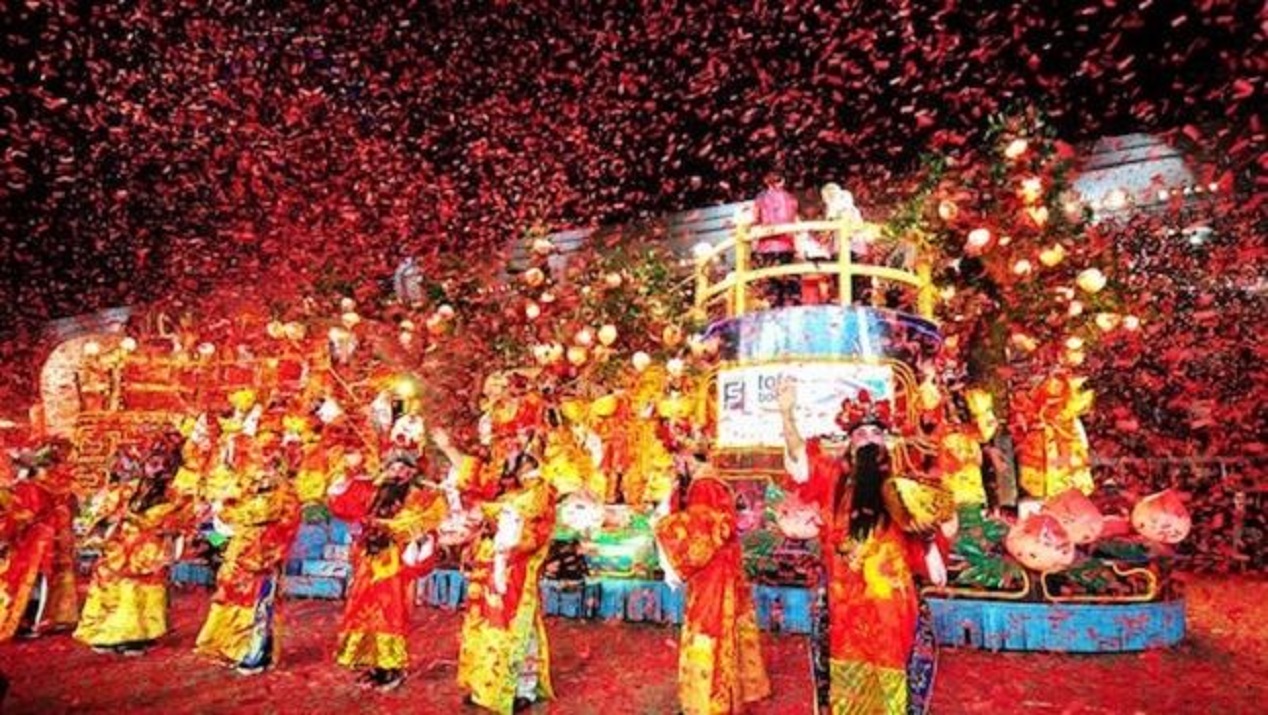 Chinese New Year is one of the most anticipated celebrations in Singapore. The festival begins on the first day of the first lunar month in the Chinese calendar, which usually falls between the last week of January and early February. Preparations begin weeks ahead of the Chinese New Year and the city wears a festive spirit during this period. Families celebrate by partaking in reunion feasts, making new year visits to the homes of family and friends, exchanging hongbao (red envelopes with monetary gifts), gifting tiny Mandarin trees (symbolises prosperity) and visiting the temple.

The hub of all activity is a brightly lit Chinatown, with spectacular overarching decorations and Chinese lanterns lining its streets. Most Chinese families assemble in this ethnic quarter to enjoy its myriad sights and sounds and savour traditional Chinese goodies. Most shopping malls are decorated with traditional ornaments in the auspicious colours of red and gold and offer attractive discounts and promotions.

The famous lion and dragon dances are held at Chinatown and along the Singapore River at both the quays. Chinese New Year Celebrations culminate on the 15th day of the new year, as the Spring Lantern Festival.

How to Celebrate Chinese New Year in Singapore? 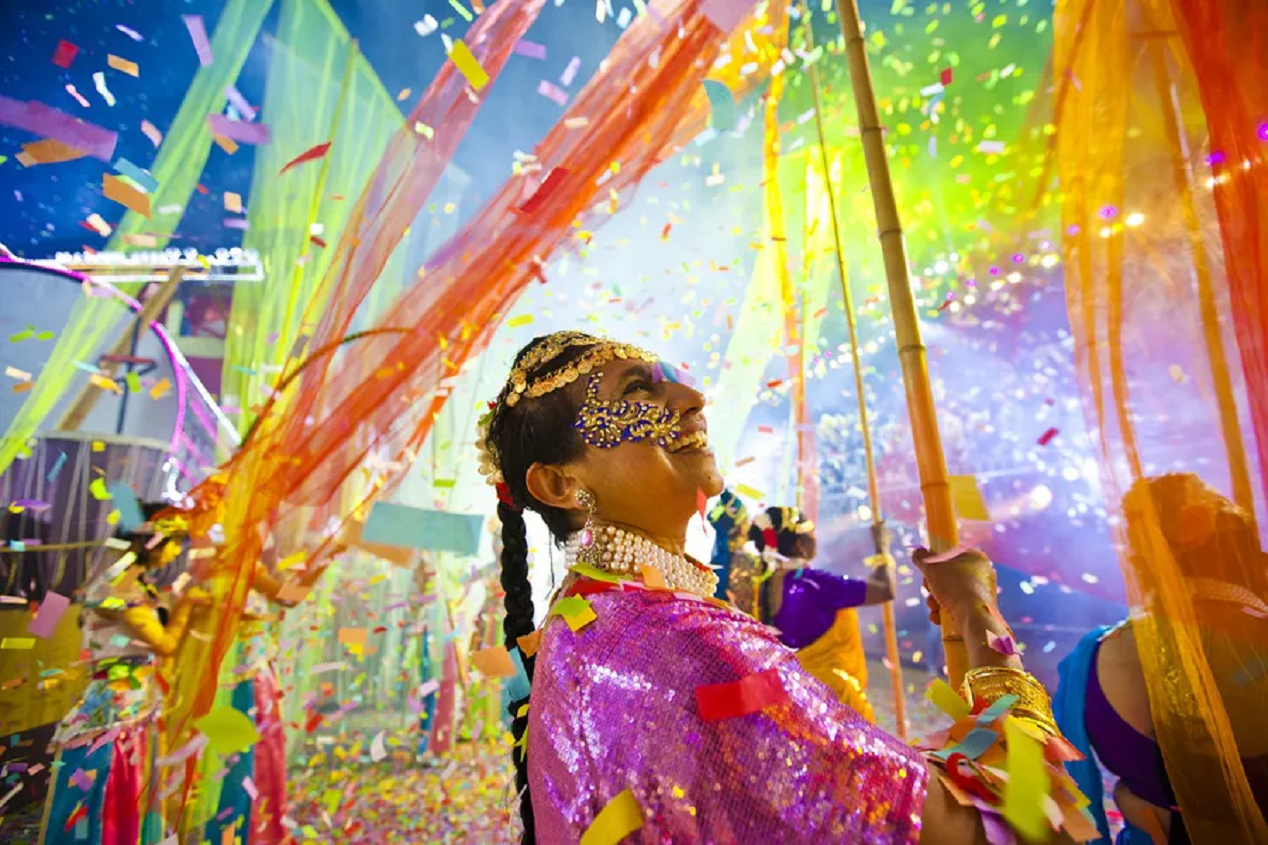 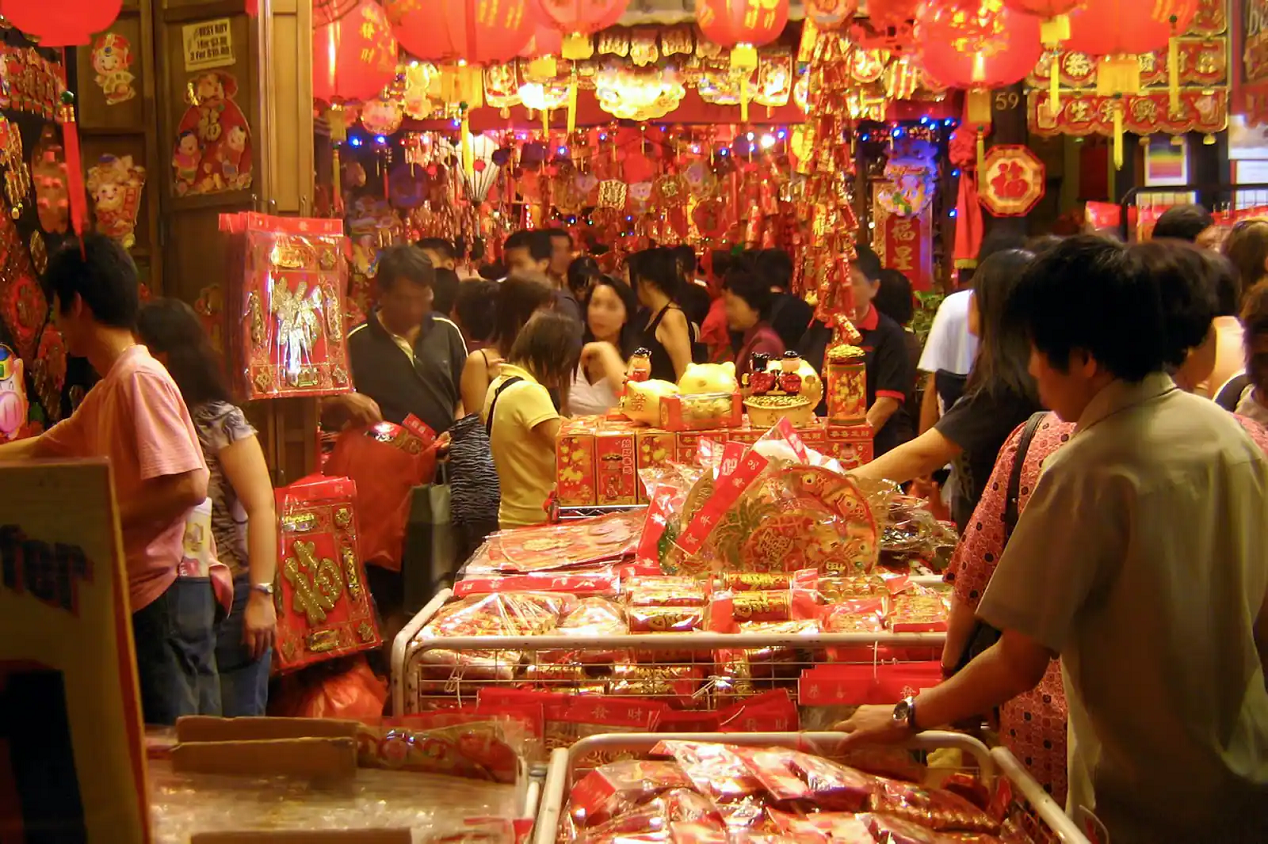 Singapore's Chinatown is constantly bustling, but it possesses an unmatched energy during the Chinese New Year, with its festive bazaars, New Year's treats (like pineapple tarts and nian gao, sweet and sticky rice cakes), interesting heritage sites, and performances by groups of traditional lion or dragon dancers. Shop for New Year goodies like hong bao, the red packets that parents give to children filled with money in even amounts (for luck) and anything inscribed with the character "fu," which means good luck -- these make excellent souvenirs. You'll find no shortage of other festive items to buy, but make sure to bargain hard here. 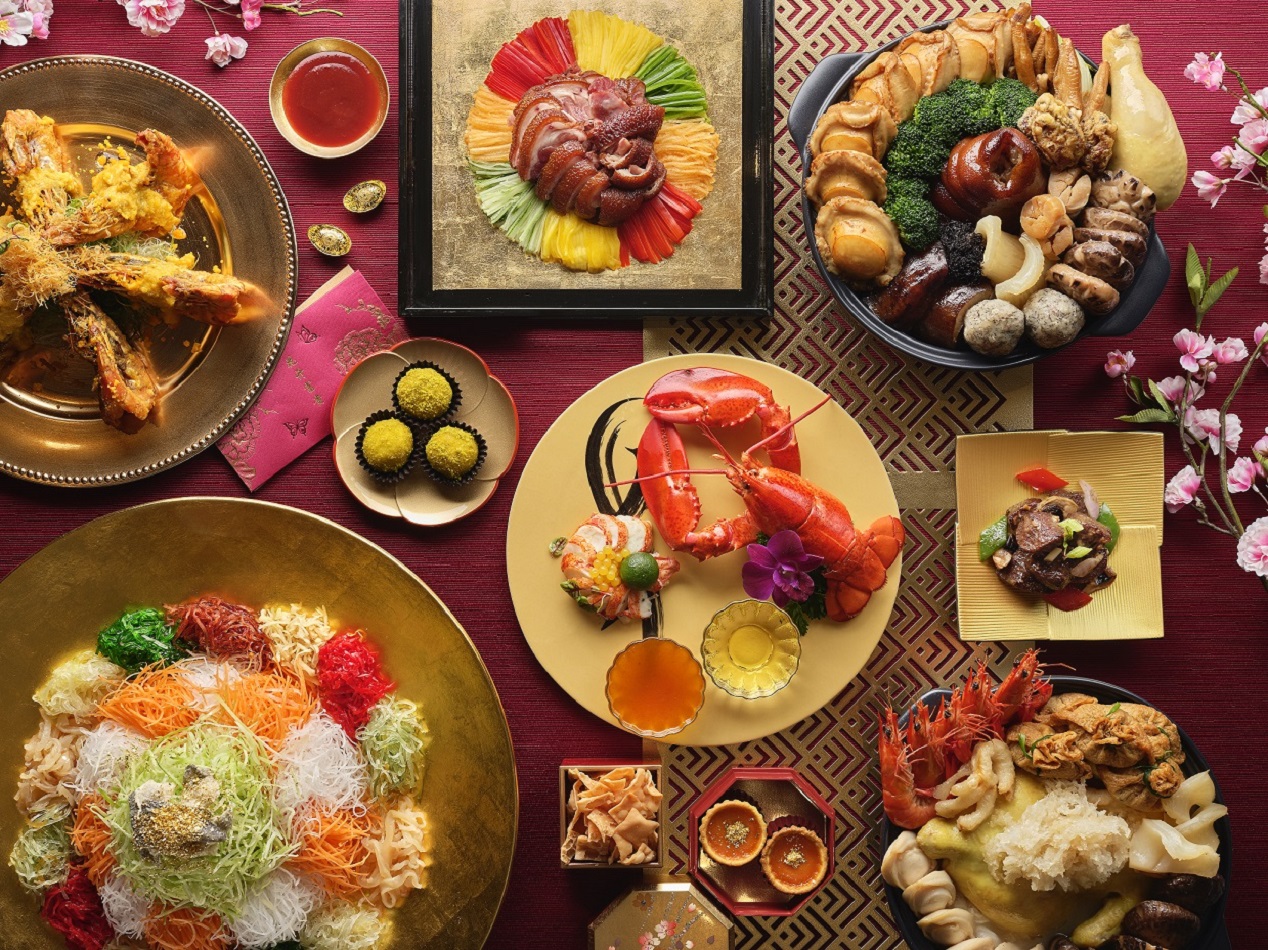 Reunion dinners are perhaps the most important meal of the year. It’s dubbed tuanyuan which translates as “gathering around the family hearth” and in traditional times, family members would drop everything to travel back home for an annual meal together. It’s a symbolic way to ensure that the family remains strong in the face of the new year.

Even the dishes served contain some form of symbolism. Some of the typical dishes that are featured include:

Traditionally, these dinners are eaten in the family home, but these days, it’s common for families to dine out at fancy restaurants. 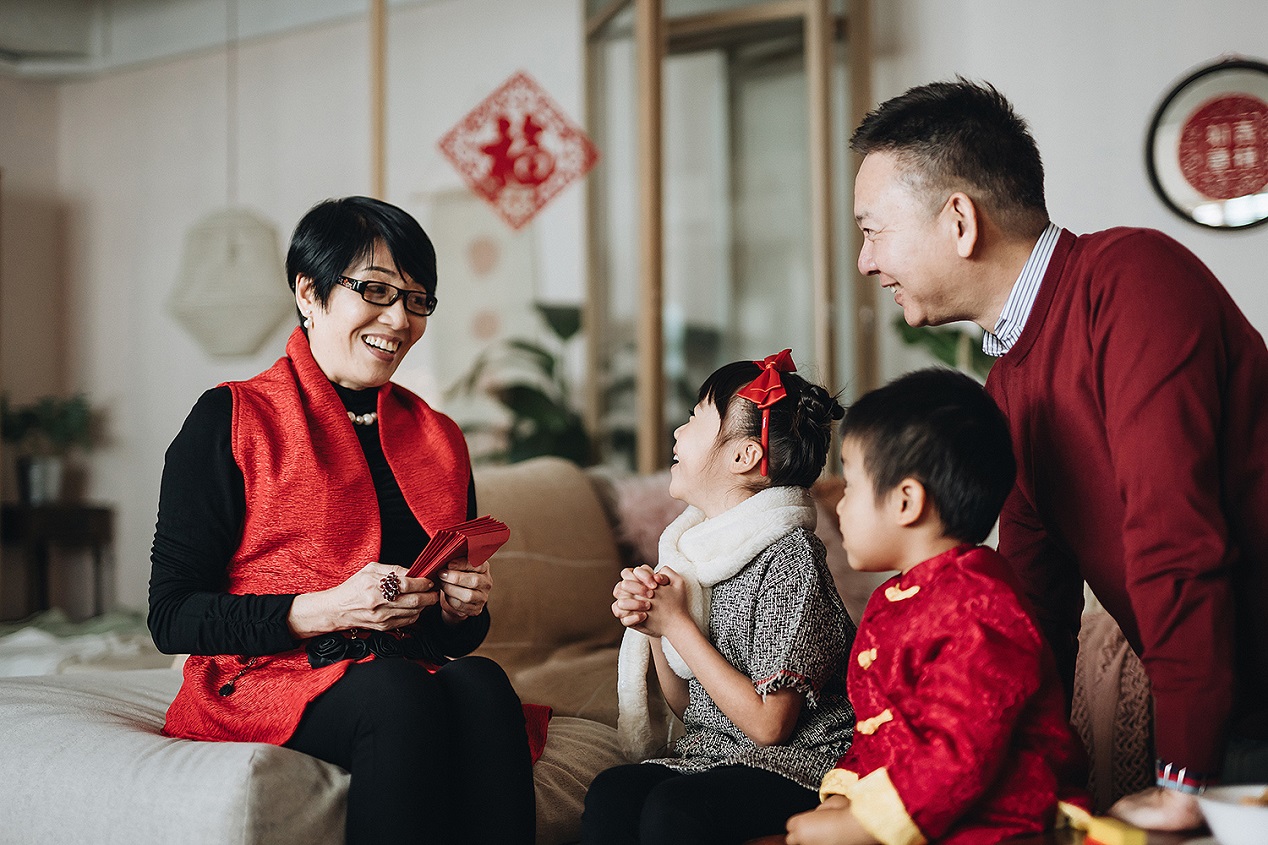 CNY’s the time we’d see friends and relatives rushing out to stock up on new clothes. After all, everyone wants to look sharp at our respective reunion dinners and lowkey show off to our relatives as well.

In doing so, there are loads of things to consider. For instance, the clothes would typically have to be in red or bright colours,it’s a time for new beginnings as well.

#4 Yusheng: Flinging your Food for Luck 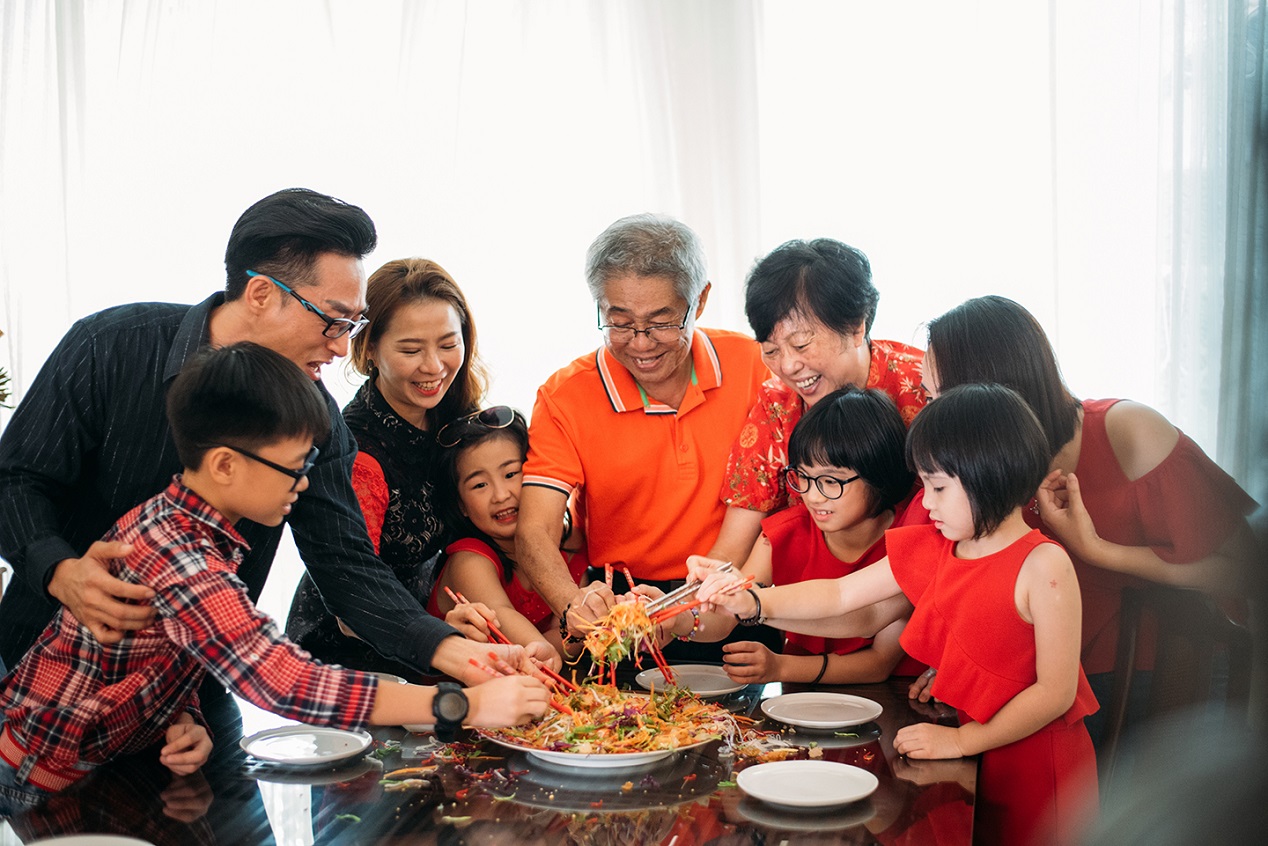 Yusheng is a traditional Chinese salad that is prepared only once a year, for the Chinese New Year. While the ingredients vary, it always consists of raw fish (like salmon or mackerel), shredded vegetables (like radish and cucumber), and a combination of sweet sauces and sesame oil. Each ingredient represents something significant, usually associated with luck and prosperity; for example, it is sometimes garnished with fried wontons, which represent gold. Lo hei is the action of eating yusheng: Diners simultaneously dip their chopsticks into the yusheng, mix it around, and fling its contents as high in the air as possible while wishing each other good luck for the New Year -- it can be quite messy, but also very entertaining. This sweet, cold salad is supposed to bring good luck to everyone who eats it. This dish is served as an appetizer at most Chinese restaurants in Singapore during the Chinese New Year. 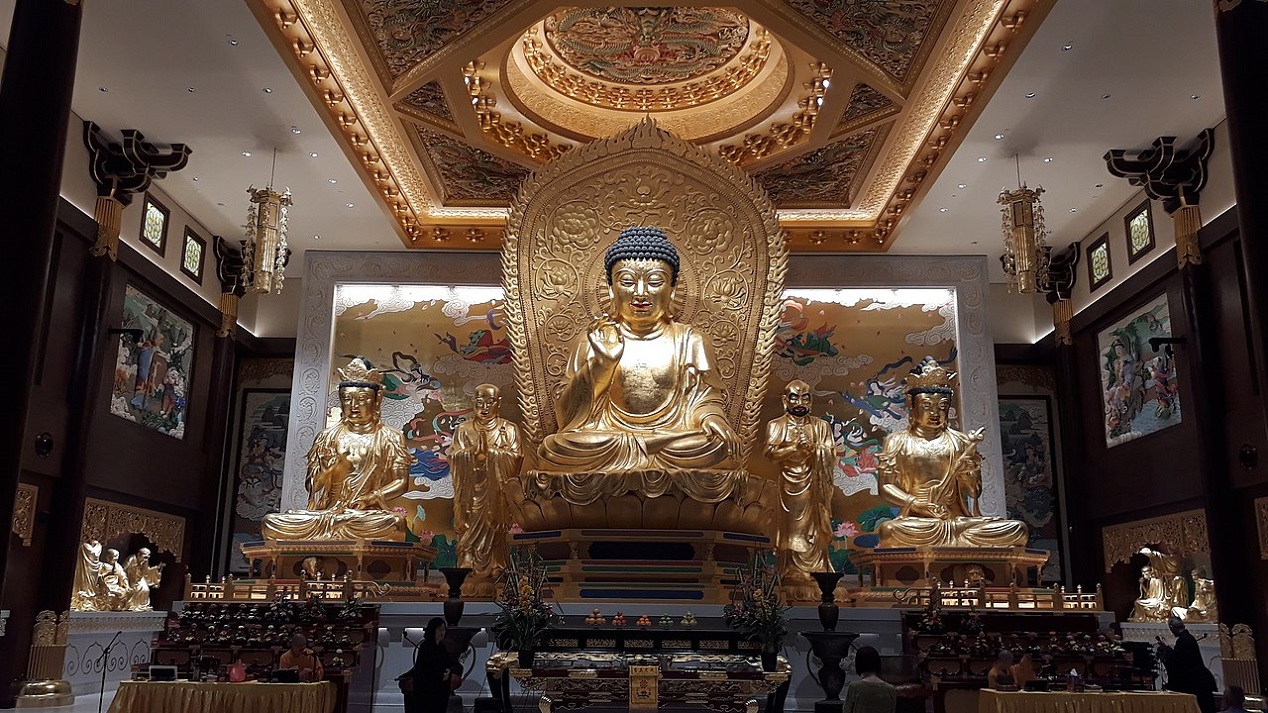 Walk into any Chinese temple during Chunjie, and you'll find people lighting incense, offering oranges or kumquats (symbols of wealth) to Buddha, or maybe even getting blessed by monks. Located in Singapore's Chinatown, the Thian Hock Keng Temple or the "Temple of Heavenly Bliss," is a Hokkien temple that dates back to 1821, making it one of the oldest Chinese houses of worship in Singapore. This temple will host Chinese New Year festivities through February 1st. Nearby, the Buddha Tooth Relic Temple & Museum is a Chinese cultural center that encompasses a museum, temple, reference library, theater, tea house, a dining hall that provides free vegetarian meals, and the sacred Buddha Tooth Relic for which it is named. Walk through this temple and marvel at the ornate architecture and the thousands of Buddhas that adorn the temple walls.

#6 Give a Pair of Mandarin Oranges 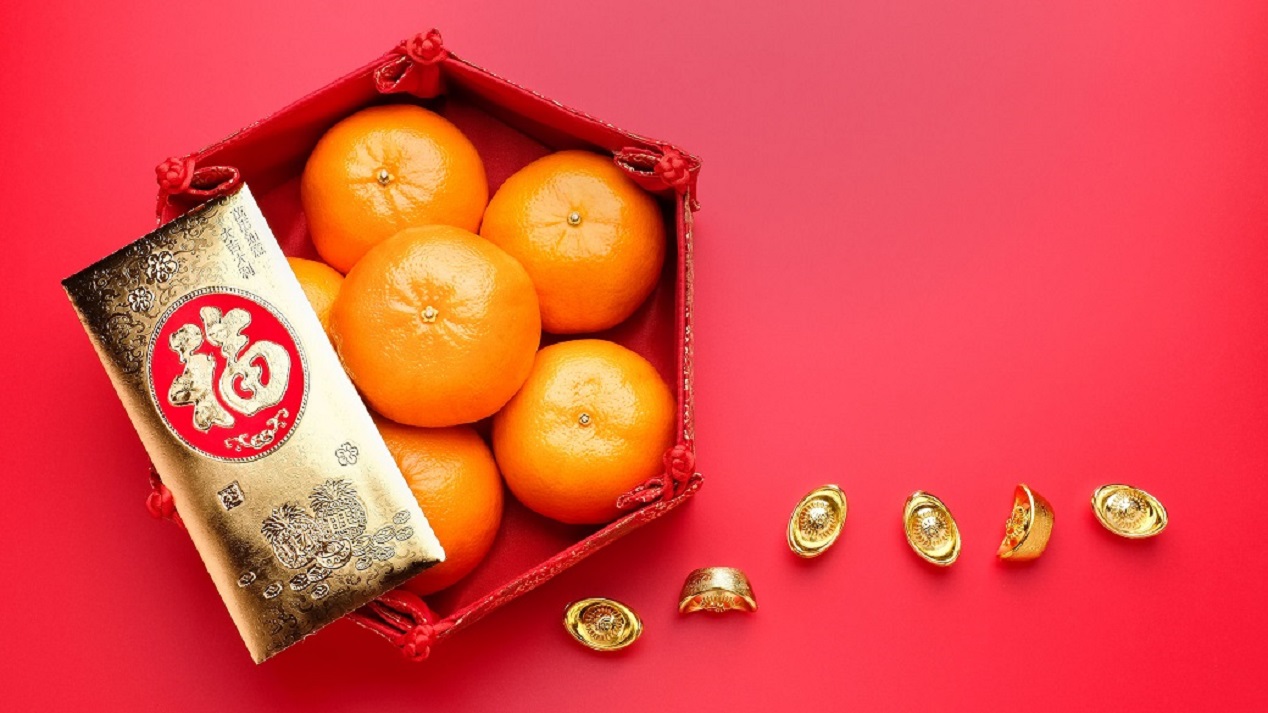 You’ll also see shops and supermarkets full of people lined up to buy dozens of mandarin oranges. Singaporeans take oranges everywhere they visit. They are a sign of good luck. Giving a pair of oranges is used to pay respect to elders. 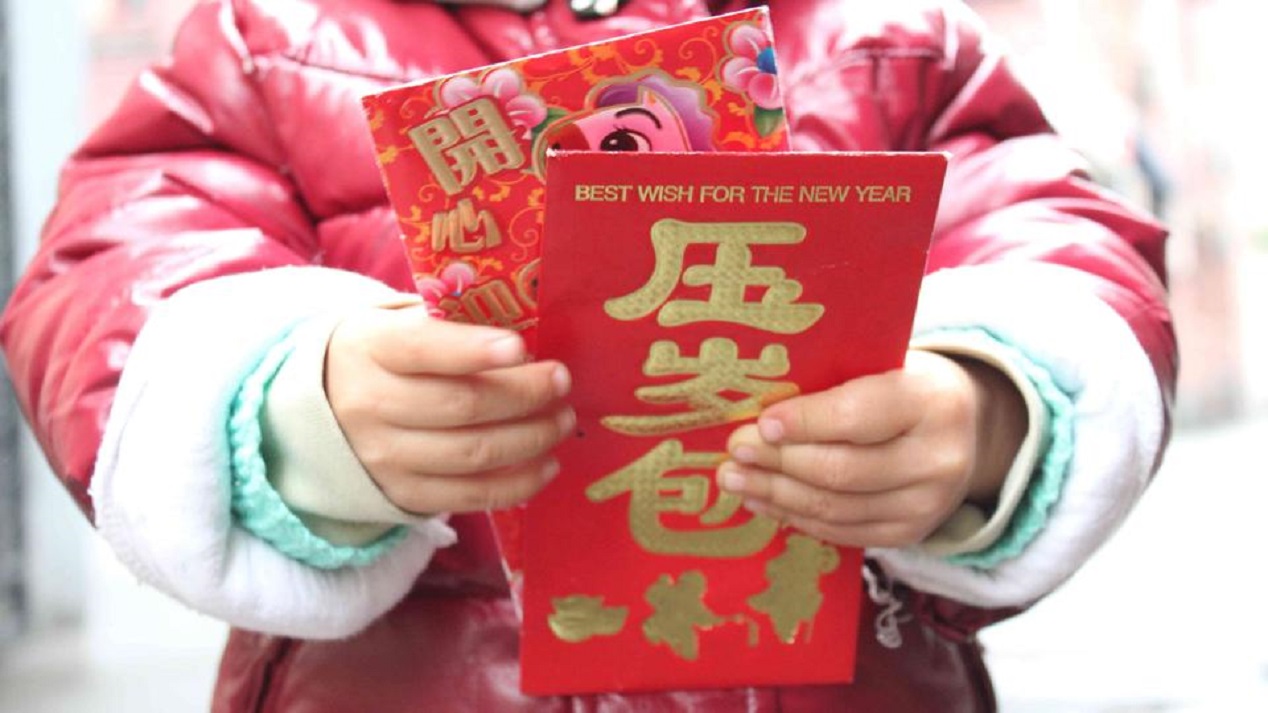 For children, Hong Bao is one of the most exciting things about Chinese New Year because they contain money. Usually, crisp new bills.

Children and or unmarried adults receive a red packet from their elders. Married couples hand out Hong Baos to their unmarried siblings or nephews and nieces. 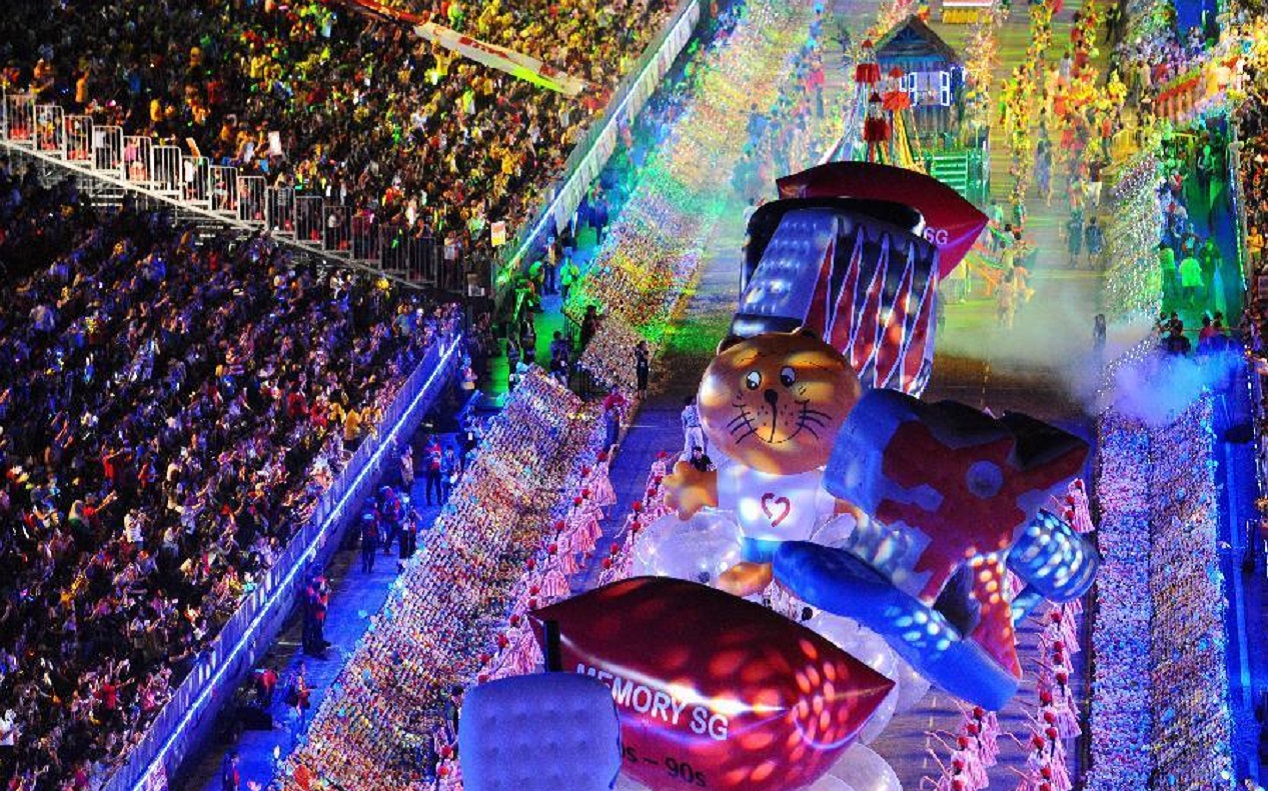 The Chingay Parade Singapore, an annual highlight, is a spectacular float and dance parade that marks a rousing end to Chinese New Year celebrations in Singapore. It is the largest street performance in Asia with performers representing most of the Asian countries. The costumes, dances and floats are amazing.

It’s very hard to get tickets for Chingay. If you are lucky enough to score a ticket to the show, you are in for quite an evening.

It is an over-the-top celebration, and you can stand along the route to view the parade for free.